By definition, an Orthodox Christian is one who strives to be obedient to the Commandments and, at the same time, obediently tries to fulfill the requirements of an Orthodox way of life, as revealed by Scripture and Tradition. Thus, obedient attendance at divine services, frequent reception of the Mysteries, observance of the seasonal fasts, the giving of alms, acquiring the spirit of charity, etc.—all of these, and more, constitute the bare minimum expected of those who follow Jesus Christ. This holy obedience is, however, only the beginning for anyone who wishes to call himself Christian; these are the first steps in spiritual life, in keeping with what the Lord has taught us: If ye love me, ye will keep my commandments. He that hath my commandments, and keepeth them, he it is that loveth me. He that loveth me not, keepeth not my words (Saint John 14.15, 21, 24). This is why Saint Paisios Velichkovsky has

I believe in One, Holy, Catholic, and Apostolic Church — we profess in the Creed.
But how can the Church be one, when there are so many church societies and organizations, reciprocally excluding one another, which have pretensions for this name? We know the Orthodox, Catholic, Lutheran, Anglican, Armenian and other churches.
We believe in one Church, because only one of all churches has the well-founded right to be called so, all the rest are called as churches only according to the common custom, similar to the one, following which in the letters they call the person, to whom they write "a merciful sir," and themselves as "resigned servants," though both the expressions do not coincide with the real state of things.
Only one church can be real, because with the notion of the Church is inseparably connected the title of the carrier of the perfect truth, which can be only one. If concerning important and precise things they express various points of view, only one of them can be correct, and the rest will be wrong. 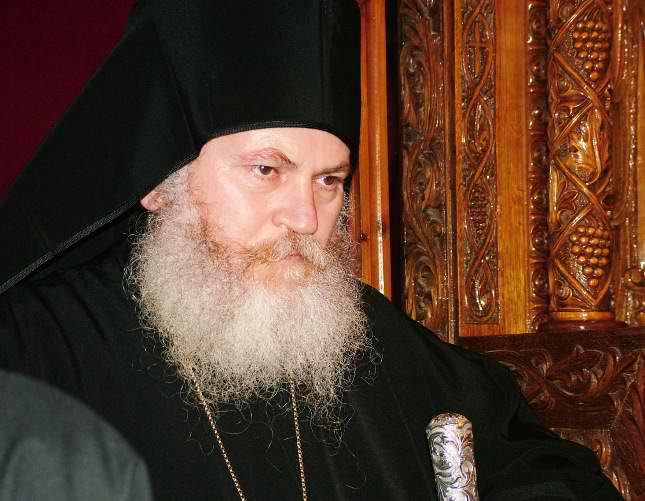 We live at a time when people are becoming increasingly vindictive. Their morals are deteriorating and their minds are darkened. The absurdity that people are experiencing today is obvious and undeniable. We’re living in a time prophesied by Anthony the Great when people who are mad appear to be rational and those who are rational are deemed mad. It may be claimed that in older times, too, there was rampant sinfulness, but we ought to note that there was never this offensive legitimation and widespread social acceptance of sin. In our time, abortions, adultery and homosexuality have all been made legal, though this would have been inconceivable until the middle of the 20th century. It’s a cause of astonishment, if nothing else, that today sin is projected not simply as legitimate, but as an ideal way of life.