Coming to the point where a Protestant realizes the spiritual bankruptcy of the Western Worldview may bring them to the doors of the Church, but simply rejecting Protestantism is not enough. For that matter, being convinced that Orthodoxy is the true Faith is good enough to have you made a Catechumen, but much more is needed. One must enter into the Spirit of Orthodoxy. Even when one reaches the point at which they are ready to receive Holy Baptism, this process must continue -- Baptism is the beginning of your life in the Church, it is a spiritual birth, but only a stillborn baby will not continue to grow spiritual. For a convert, must not only struggle against demons and against the flesh to accomplish this, but one must still contend with the modes of thought that he operated in prior to conversion.

Now some might dispute the need for studying the Protestant way of thinking -- perhaps it might be OK for the purpose of winning converts, but why should those already Orthodox be bothered? The reason is simple: we live in a society that is thoroughly Protestant. Furthermore, the Protestant ethos is to be found even among many who have been Orthodox all their lives.
There is a Chinese proverb which says:"Know the enemy and know yourself, and in a thousand battles you will not see defeat" [These words were written over 2,000 years ago by the great Chinese military strategist, Sun Zi in his book which is usually called in English "The Art of War."]
The first duty of every Orthodox Christian is to "know yourself", in other words, to know the Orthodox Faith, as well as to be aware of our own strengths and weakness and to so walk in humility -- which is not a false humility, but is actually a very realistic appraisal of ourselves in comparison with the examples of the saints and in the light of God's standards of Holiness and Righteousness. 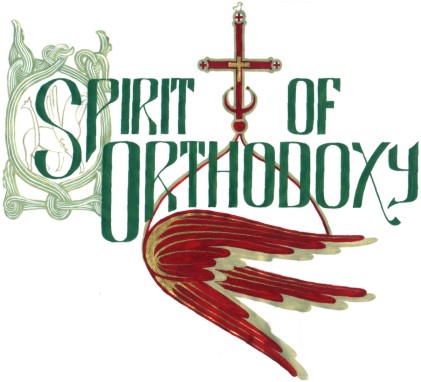 In the Orthodox Church today there are many converts from Protestantism. They have seen in Orthodoxy that which they found lacking in their former Protestant experience, but very often they speak and act in very Protestant ways still.
Does this mean that a convert from Protestantism can never really become authentically Orthodox? I sure hope not. What it does mean however, is that we have a more difficult road ahead of us then would a convert from paganism.
Former Protestants have the advantage of being more familiar with the Scriptures, and knowing much of Orthodox terminology, but often they do not move beyond their Protestant understanding of these things to an Orthodox one, or else they revert back to it at times in a pinch.
The convert from paganism, doesn't think he has already understood something that he has not -- and so is more easily instructed.
What converts must realize is that they must become white belts in the Orthodox Church -- regardless of whether or not they had been 5th degree black belts in Protestantism.